This uninhabited island is in the Argolic gulf opposite of Tolo beach. There are two versions regarding the origin of its name. According to the first one, the name “Romvi” is of Slavic origin, meaning island, and the second version contends that the name comes from the ancient Greek word “orovion”.

The island was inhabited in the Middle Ages; more precisely, the manuscript “Chronicles of Monemvasia” (10-11th century) mentions that during the invasion of the Slavs the Argeians sought refuge to the island Orovi, which the scholars identify with Romvi. In fact, there are ruins of the fortifications, dated from the 6th century, as well as, ruins of an orthodox basilica church, which prove that the island served initially as a temporary See of the bishopric of Argos and later as a standing See of Oromvi. During the Venetian Rule II, islets such as Romvi were conquered by the Venetians as strategically defense positions. To this day, there are still ruins of Venetian fortifications. Romvi and Daskalio belong to the cluster of islets conquered by the Venetians to control the Argolic gulf.

The modern history of the island began in 1962 with a decision of the Greek government declaring the place an archeological site. Wild goats and rabbits were removed, the soil was cleaned and efforts of reforestation were made to show off this archeological site. Today, there is a beautiful pine forest showing signs of natural development. South, there is a large area of wild olive trees, a small habitat declared by the Forest Department as refuge for games (mostly for the mountain partridge) and as reforested area. Efforts made by private entities for the tourist exploitation of the island have failed as the majority of the people in Tolo are against this idea. In addition, many government decisions have classified the island as an archeological site and reforested area. 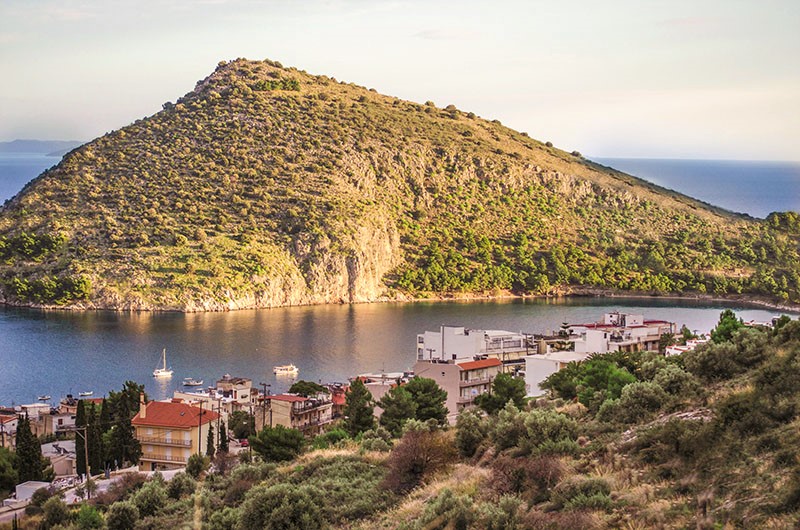