Ancient Messene is the most well-preserved city of classical antiquity. It was built in epic proportions under the imposing mountain of Ithomi, to show the power and strength of its founders against the Spartan rule. The ancient city was covered later by newer settlements, still mostly under a thousand acres of olive groves.

The unique archaeological site is being steadily enlarged and uncovered since the late 19th century, and yet only one third of its total size uncovered, and every new discovery is a trove of information to the historians. Preserved in amazingly good condition are the temples, walls and civic buildings, all part of the original city built in 369 BC by the Theban general Epaminondas. Ancient Messene kept to a city plan called “Hippodamian” system that dictated that all buildings had the same orientation and space was divided in horizontal and vertical axes. What is most awe-inspiring and surprising is the way the city’s plan and architecture is perfectly and naturally uniting man-made structure with natural beauty and topography.

The walls that used to surround the city had a total length of 9 kilometres, and the impressive Arcadian Gate, one of the imposing gates of the city, still stands. The visitors, during their tour of the archaeological site, will initially see the Theatre of Messene that could hold over 10,000 spectators, with a wooden and mobile stage; then, they will see the Krini (Fount) of Arsinoi, an imposing structure that served as a meeting place of the residents of the ancient city. Right by that extends the Agora, the political and economic centre of every ancient city, where ancient Temples, Stoas (long buildings similar to Roman Arcades) and buildings like the “Kreopoleio” (butcher’s shop) that came to light recently.

The complex that was the most important in Ancient Messene, the centre of the social life, was Asklipeio. It also operated as a second Agora and an Art Gallery, and its name suggests that it was devoted to Asclepius, though not as the god of Medicine but as the local patron deity and protector of Messene, its citizens and their way of life. The Stadium, the Gymnasium and the Palaistra (boxing and wrestling ring) also belong to the surprisingly well-preserved complexes of the ancient city; worthy of notice is the fact that those form the first athletic centre of the Ancient world, and the three buildings were right by each other, for the first time creating a single complex.

Most of the findings are kept in the Museum of Ancient Messene, housed in a small neoclassical building right by the Archaeological Site’s entrance. The museum’s catalogues enumerate 12,000 findings, and the visitor has a chance to see a copy of the famous Doryphoros of Polykleitos, a copy of Hermes, of Androu-Farnese style, made by Praxiteles, as well as Artemis, sculpted in the Lafria style.

Other interesting exhibits include statues of small girls that dedicated themselves as Priestesses of the goddess Artemis in the temple of the city’s centre, and the heads of Asclepius’ two sons, Podalirius, patron of Pathology, and Machaon, patron of Surgery. The central room holds a model of the Sanctuary of Asklepios, the Asklepion.

The visitor is advised to get the ticket package for both Museum and Archaeological Site, costing 5€. If the visitor is accompanied by kids, ask for a special tour. To see the whole of Ancient Messene, about 2 hours are required, while the museum takes about 20 minutes to peruse. The archaeological site is open to the public from 8:00 up to 20:00, and is 30 kilometres from Kalamata and 45 kilometres from Kyparissia.

To reach Messene from Athens follow the road from Athens to Corinth, then Tripoli and finally Kalamata. Then, follow the signs to Ancient Messene or Ancient Ithomi, both different names for the same thing.

Near the Archaeological Site are Mavromati and Arsinoi, two villages that keep their traditional style. They have small and simple taverns and cafeterias, and during the summer they offer places to stay like rooms to let. Mavromati has a great fount in the village’s centre, and the visitor should try its water, coming from the ancient spring of Klepsydra (hourglass), that also supplied Arsinoi fount in the ancient city. 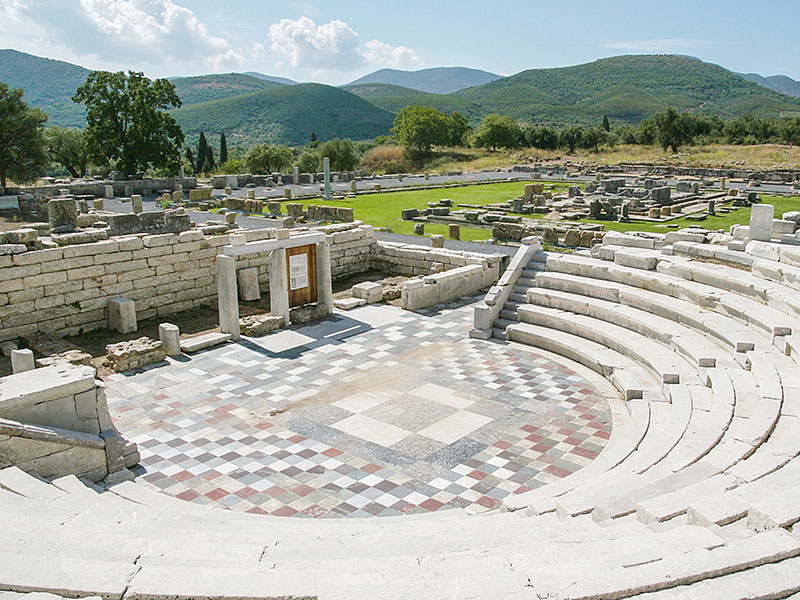 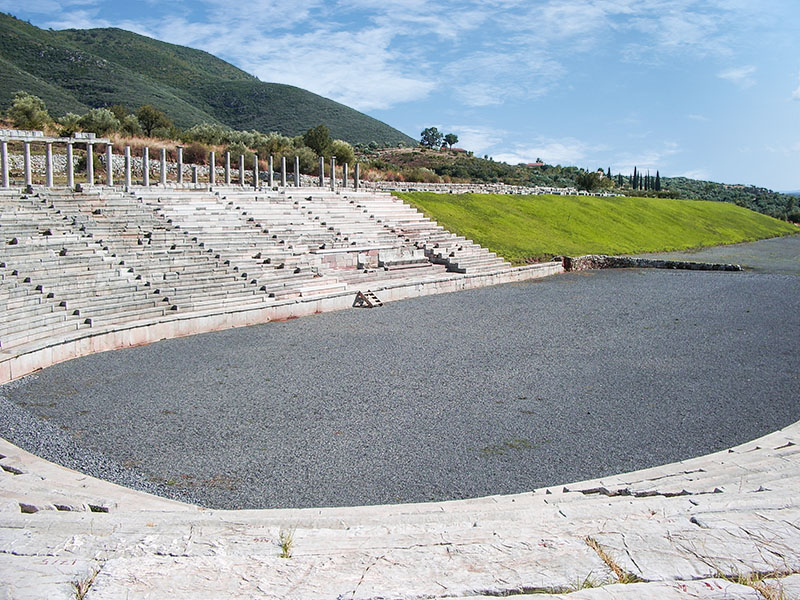 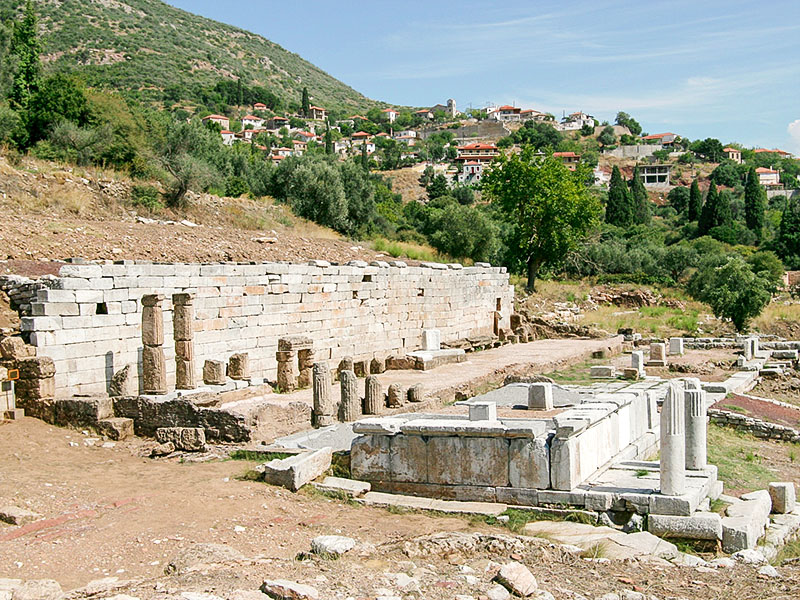 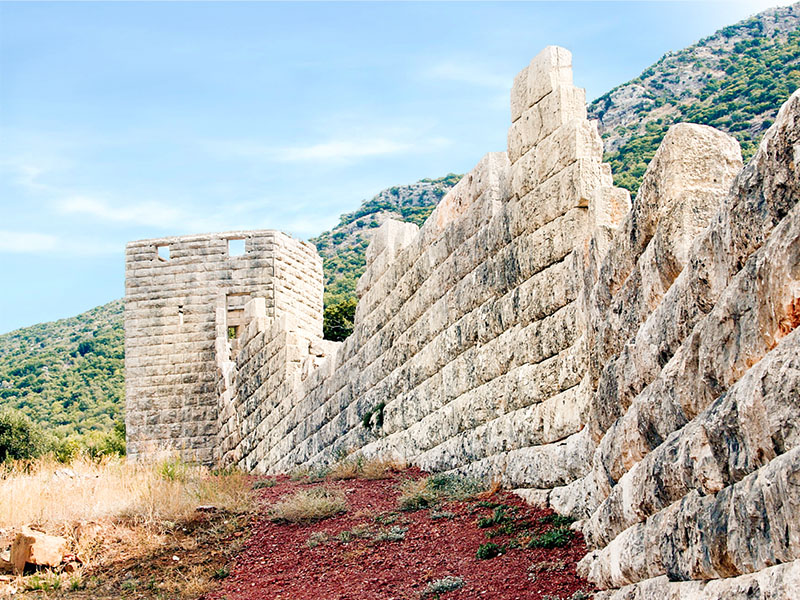