Ancient Olympia was the birthplace of the Olympic Games and a holy site, while also being an important centre of the Greek and International civilisation, for thousands of years. The city is built in western Peloponnese, on the foot of the Kronios hill, on the valley between the rivers Alpheus and Kladeos.

According to the legends, Oenomaus king of Pisa had a daughter he adored, named Hippodamia. However, he had received an oracle that he would find death in the hands of the man who would marry her, and for that reason he refused to allow her to be married. To avoid suspicion, he organised chariot races with the prospective suitors, the prize being Hippodamia's hand in marriage, competing in them as well.

However, he knew undoubtedly that he would be the winner; his horses were god-given and no mortal man could beat him. In addition, after the race, the winner would kill the loser. Thirteen young princes found death in his hands before Pelops, son of King Tantalus of Lydia, appeared. Hippodamia fell in love with him instantly and decided to aid him in defeating her father. She asked for the help of Oenomaus' horse keeper, Myrtilus, who under cover of the night before the race, replaced the wooden arm that connected the chariot to the yoke of the horses with one made of wax.

The wax of course melted under the hot sun during the race, the chariot was overturned and Oenomaus was killed. The oracle fulfilled, the couple married and Pelops became king of Pisa. Hippodamia, to show gratitude to Hera, the goddess who stood by her and helped her, organised the Heraean Games, women's sports games dedicated to the goddess. Pelops organised chariot races dedicated to the father of the gods, Zeus.

The two games grew in renown and became the beginning for the Olympic Games. This myth is how the ancient Greeks explained the origin of the great sports games.

Remains of a settlement dating back to the third millennium BC were found in the foot of the Kronios hill, possibly abandoned around 2,000 BC. Remains of a prehistoric settlement, dating from the end of the Middle Bronze Age were also found a few kilometres north of Olympia, in the point named Kafkanas. That particular building, possibly abandoned due to a fire, contained an oval pebble with Linear B symbols written on it, something that points to a Mycenaean presence in the area.

Around 1,100-1,000 BC, a reviving starts in Ancient Olympia, thanks to religious activity around the Pelopion, the burial place of Pelops, and the ash altar that was dedicated to Zeus. Around the two monuments extended the holy grove named Altis, and on its trees the members of the cult would hang their offerings. Because of that, ancient Olympia steadily grew and was soon established as the religious centre of the Olympian Zeus, who, being an oracular god, would decide on the outcome of wars.

During the 8th century BC, in 776 BC, Hippias of Elis in his Chronicle mentions that the rulers Ifitos of Elis, Lycurgus of Sparta and Kleosthenes of Pisa agreed on the performance of religious celebrations in Olympia, under the condition of a sacred truce that lasted during the whole event, so that athletes from all the Greek world would be able to attend. In the 7th century BC, great changes swept through Olympia; the foot of Kronios hill was flattened, the ruins of older settlements were covered and the river bed of Kladeos was moved, allowing for the building of the Stadium. When, in the 5th century, Themistocles, the victor of the naval battle of Salamis visited the holy place, the Games had already grown in importance. This created an influx of funds which allowed for the building of great historical monuments.

Up to the 1st century BC, Ancient Olympia kept on growing, being the meeting point of religious worshippers, athletes and key figures in all fields. That stopped when Sulla, the Roman general pillaged the city. From that point onward, the Roman emperors put the holy site, as well as the Olympic Games under their protection. This created a second period of growth for both.

Around 300 AD, a powerful earthquake shook the area and the terrible floods that followed carried away parts of the Gymnasium and the Baths. In 426, Theodosius II, encouraged by his sister Pulcheria, burned the holy place to the ground. Two more earthquakes in 521 and 522, along with the burning, lead to the total abandonment of the area, then known as Serviana or Allotino.

The first excavations in the area took place in 1829 from the French Scientific Expedition in Peloponnese, resulting in great discoveries like part of the temple of Zeus. Excavations continue to this day, in combination with works of preservation and restoration.

Free entrance days: 6th of March in memory of Melina Merouri; 5th of June - World Environment Day; 18th of April - International Monuments Day; 18th of May - International Museums Day; the last weekend of September - European Heritage Days; every first Sunday of the month between 1st of November and 31st of March. 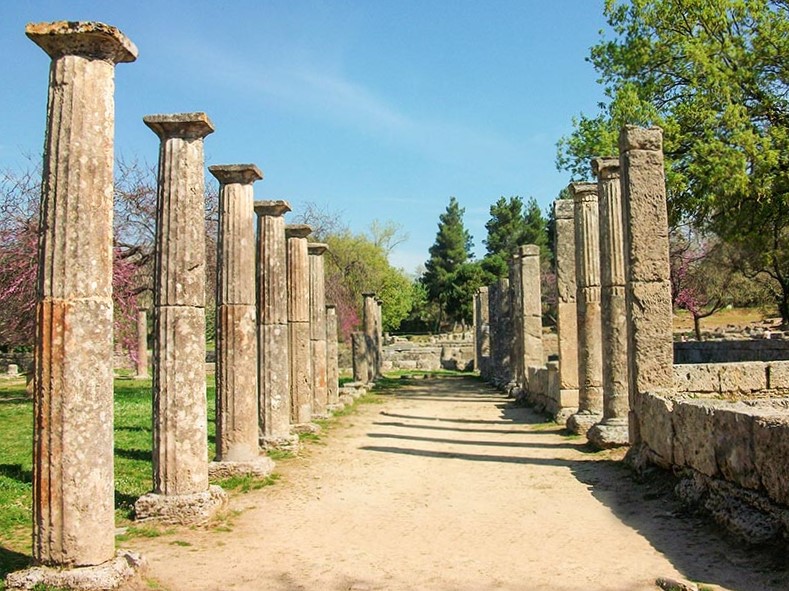 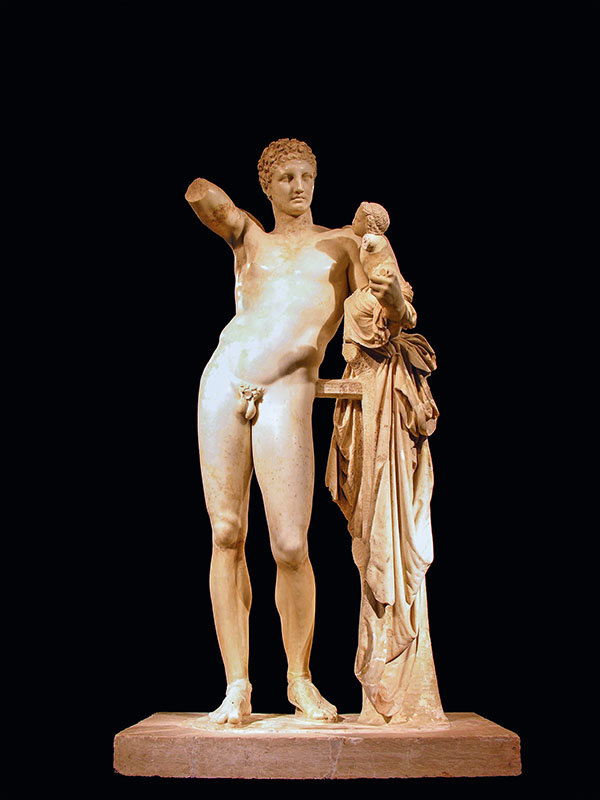 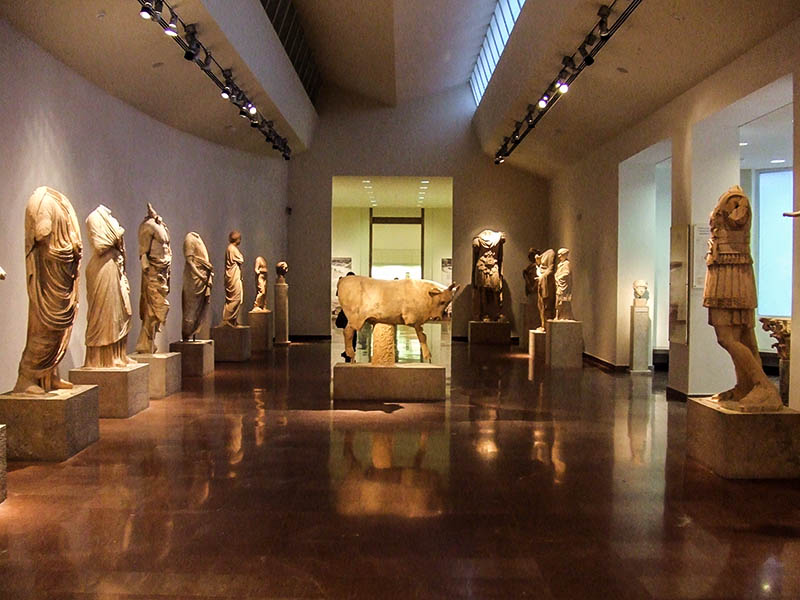 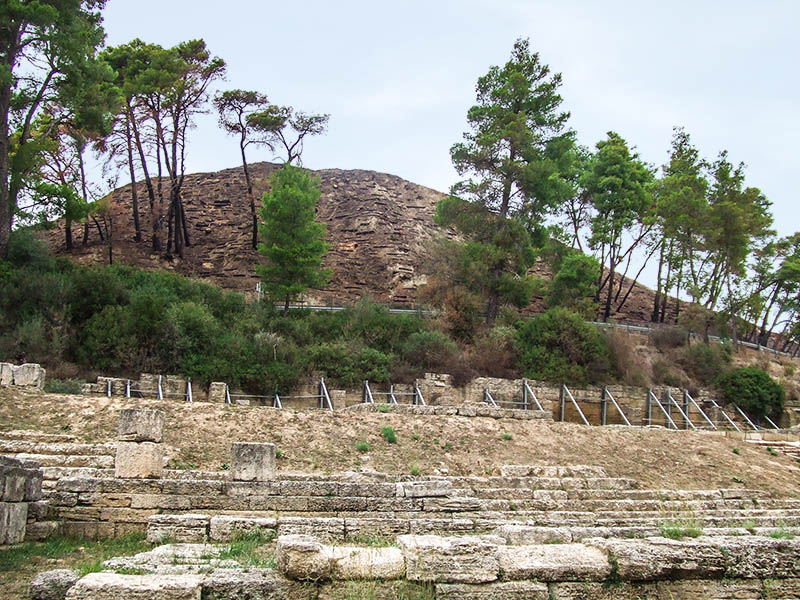