A beautiful picturesque city offering many sights, from unique towers to large and small churches.

The city is in west Mani, in Laconia region, 72 kilometres from Sparta. During the Turkish rule, it used to be called Tsimova or Tzimova, a Slavic word meaning "city of the devil".

According to the prevalent version, the city was founded by two brothers from Kallipolis of Thraki who, before 1200, fled to Oitylo from the Turkish raids. As their families grew, they built a village, called Tsimova, one of the oldest of Peloponnese. The name Areolopi, according to tradition, is attributed to the god Ares, god of war, or to the winds (aeras in Greek) that are gusting through the city all year long.

The city is between the bays of Diros and Limenio, on an altitude of 250 metres and has 800 residents. Its stone paved alleys are framed by stone houses, and its multistory towers are unique; they are called tower of Pikoilakis, tower of the Mavromichalaioi and tower of Kapetakanis. In the central square stands the statue of Petrobey Mavromichalis, and the square is called the Immortals Square (Plateia Athanaton in Greek) or the Square of 17th of March, which is the day the city announced their participation in the Revolution of 1821. The people of the city were the first to raise the banner of the Revolution in Mani, and the banner itself is white, decorated with the Revolution's symbols, and is exhibited in the Historical Museum of Athens.

Hidden between the picturesque alleys of Areopoli are countless churches small and large, dating from the 17th to the 19th century. Many of them still retain part of their murals and their pictures. The most well-known is the one dedicated to the Agioi Taxiarches, built in the 17th century, with a high bell tower and a peculiar frieze, depicting the twelve signs of the zodiac.

Near the city of Aeropoli was also discovered a human skeleton dated to 300,000 years ago.

The city was declared a conserved settlement in 1998. The city's port is the picturesque Limeni. 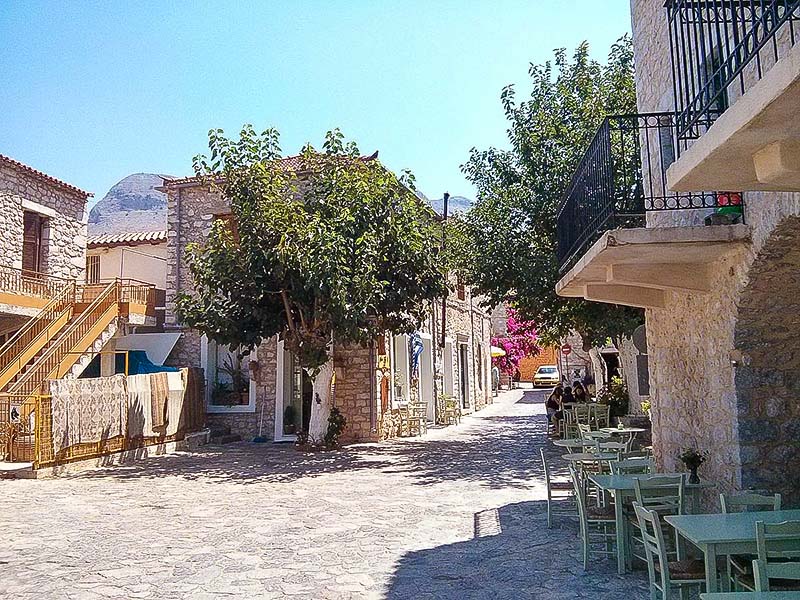 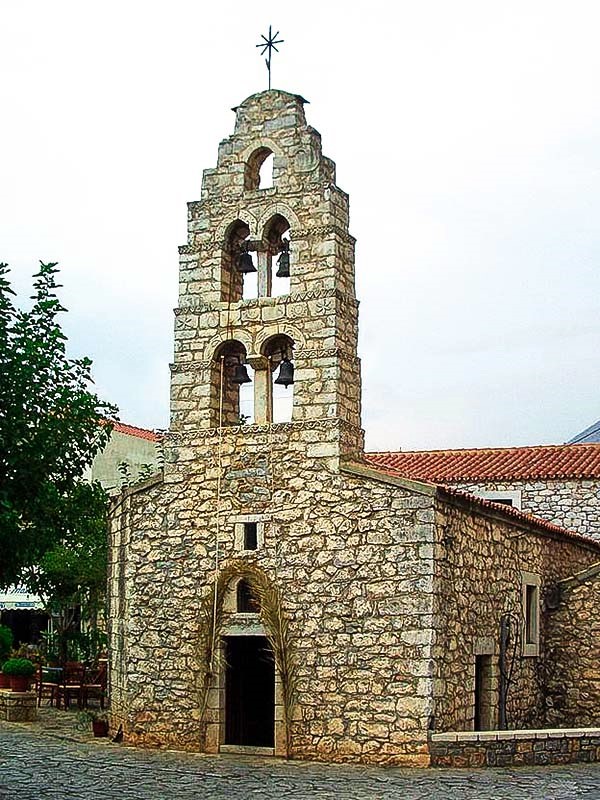 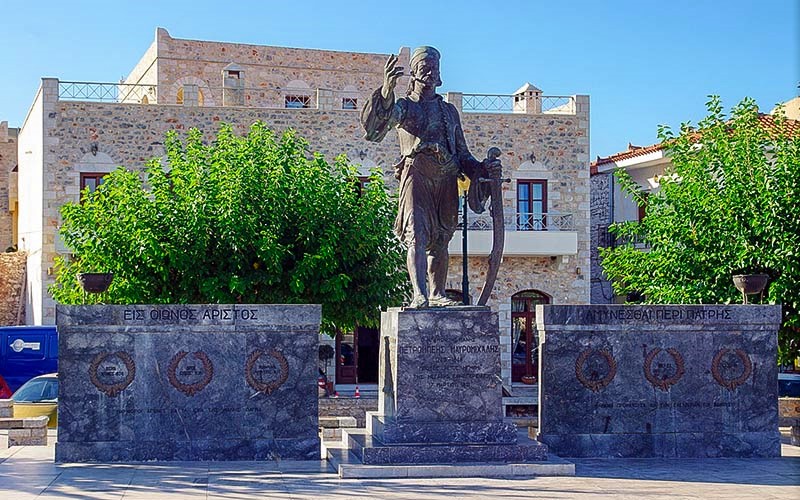