A beautiful village of great importance to the Greek Orthodox Christians. It has beautiful ponds, old stone houses, windmills and a cave.

A picturesque village built on an altitude of 5 metres right next to the spring of Erasinos river, 5 kilometres from Argos. The waters of the river used to move the Mills of Argos; the first papermill was built there in 1829, and in 1833 the first gunpowder factory, which exploded in 1868.

Kefalari is a well-known pilgrimage site for the Greek Orthodox people, since the famous church Zoodochos Pigi is built right next to it, on the sheltering slope of the mount called Chaon by the ancient Greeks, on the spring of Erasinos.

The first church, built in 1634 was possibly the place where the miraculous image of the Holy Virgin was found, and was destroyed in 1918 after an explosion in the German ammunition depots. That first church was called Panagia Kefalariotissa, meaning Holy Virgin of Kefalari, and half of the church was inside a cave. The explosion was survived only by the picture and the Altar. The people of Argos wanted to rebuild the church, and aided by the Greek immigrants of Argos in America, collected enough to do it. In 1924, the new church was opened, the ceremony attended by the Patriarch.

Next to the church was an ancient Plane tree, where, according to tradition, Kolokotronis gathered the citizens of the area to prepare them for the Revolution; in 1822, he announced the war council there, where the attack to Dervenakia was decided. During the German occupation, the Germans wanted to burn down the plane tree and establish a gun emplacement on the church's roof, but the tree was saved by the actions of a local priest. Unfortunately, the plane tree does not exist anymore.

In 1955, the well-known bell tower of the church was built. Also, right inside the cave is a site of worship called Golgotha. In front of the church is a small pond, created by the waters of Erysinos. The church celebrates on the day of its name; it is a moving celebration, taking place five days after Easter.

The cave, another sight of the village, has two narrow entrances. It used to be the spring of the underwater river. The ancient Greeks thought that the cave was spring that fuelled the waters of Lake Stymphalia and every year had orgiastic feasts to honour the gods Pan and Dionysus. Also, excavations of 1970 brought to light findings that date back to the Palaeolithic Era.

The village is built in a verdant location, retaining to this day its old stone houses, and even some old windmills. 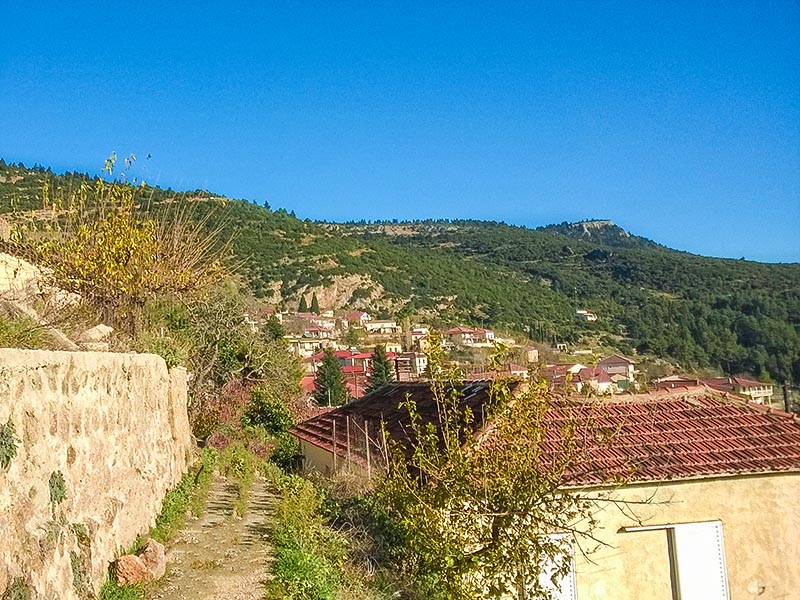 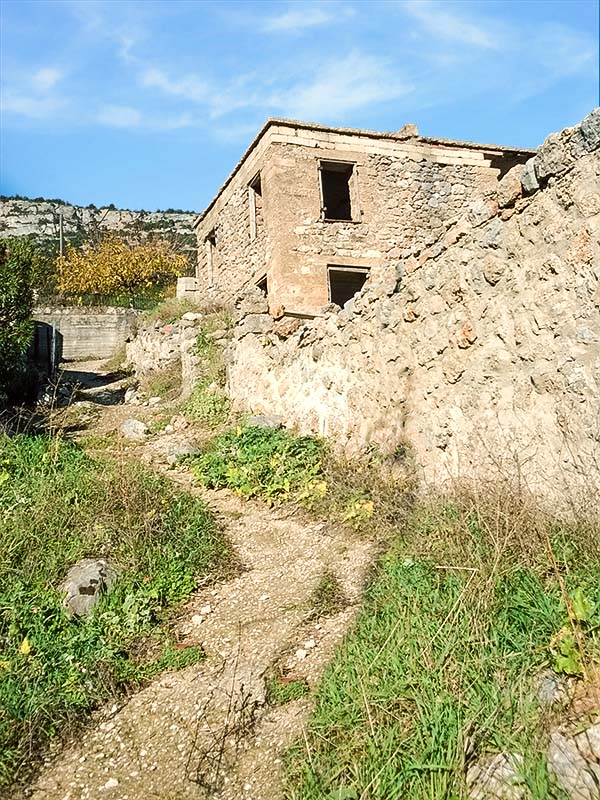