The new settlement near ancient Epidavros, equipped with camping, pharmacy, medical centre, ATM, a well-equipped beach and many sights nearby.

A settlement of 987 residents, on an altitude of 50 metres on the east coast of Argolida. The village is 51.3 kilometres southeast of Corinth and 38.7 kilometres northeast of Nafplio; it sits just 8 kilometres away from Old Epidavros. The village used to be called Piada, possibly from Pigada or Pigia, the first one meaning a place of many wells and the second of many springs, both describing a place with much water. The new name was given to the village after the First National Assembly of 1822, which took place in the village and declared the Greek Independence from the Turkish rule.

The village is built between a mountain's slope that bears the ruins of a Venetian castle, and the Vothyla canyon. Today, it reaches to the shore, but the main settlement is still in the older, naturally defended site, chosen to be hidden from prying eyes and pirates. Many old houses still survive, giving the village a picturesque quality.

The traveller can visit the Acropolis on the hill of Vassa; the ruins of ancient fortifications can still be seen, dating from the Mesohellenic period and which remained in use up to the Mycenaean times, a "mysterious" pyramid construction in Kampia point, as well as the chapels of the village, with the one dedicated to the Dormition of the Mother of God standing apart because of its beautiful murals. Near the village, to the west, is a nunnery dedicated to the Pammegistoi Taksiarches (The Highest Archangels). Of course, a major tourist attraction is the archaeological site of ancient Epidavros, really close to the settlement.

The village is well equipped, featuring a camping, pharmacy, a regional medical centre, as well as a citizen service centre and cash machine (ATM). Catering businesses work on the beach, providing anything the visitor would need.

Also worth of notice is the Nea Epidavros Development Association, called "Piada", that is active in the village. 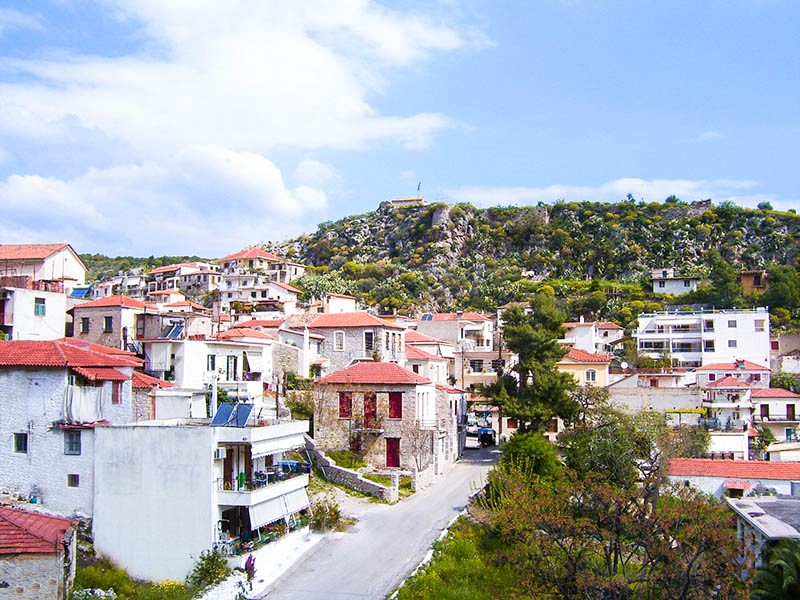