Visit Stemnitsa village located in an imposing mountainous landscape, ideal for trekking, with many sights to see.

A mountainous hamlet of 191 inhabitants located at an altitude of 1,080m in mount Mainalo 39km west of Tripolis. Pausanias recorded Stemnitsa under the name Hypsous. The legend has it that Hypsos, son of Lycaon, founded the city. The name Stemnitsa comes from a Slavic word, which means dark or shadowy, since the Slavs came in the region after the 7th century AD. Many famous fighters of the Greek War of Independence in 1821 came from Stemnitsa which for one day was the capital of the free Greek state (May 27, 1821) when the Assembly of the first Peloponnesian Senate took place in the monastery of Chrysopigi. Today it is a traditional village with many stone houses. Stemnitsa has a longstanding tradition in jewelry thanks to a gold and silver smithery school from 1970. There are more sights to visit, chief among them being Stemnitsa folklore museum, the monasteries and convents, the church of Agios Georgios decorated with holy icons painted by Fotis Kontoglou, the Mainalo forest, the ski center and Lousios ravine.

It is a popular tourist attraction and every year many visitors are accommodated in its pristine facilities, mostly during winter. The cultural association “Ypsountas” hosts many interesting cultural events, such as the famous fete of Stemnitsa on August 14 attended by many people from all over the country. 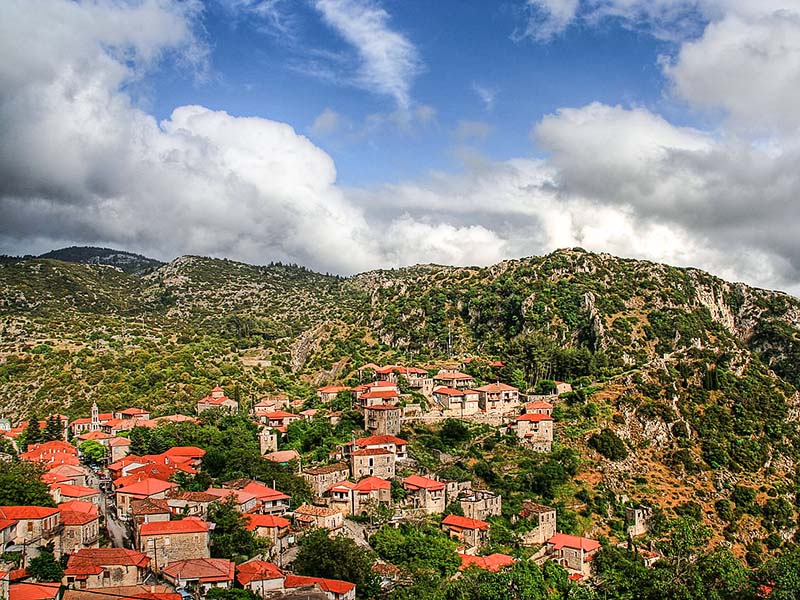