The most popular tourist-friendly village of Peloponnese during winter, with many hotels, sites of extreme sports, and historical monuments.

Vyitina is situated at an altitude of 1,033m on the foothills of Mount Mainalo and has approximately 900 residents. It is 13km away from Mainalo’s ski resort and it is built on the northwestern part of Arcadia prefecture, 44 km from Tripoli.

Vytina is the most popular tourist attraction of Peloponnese during winter. It is a green village with historical monuments, monasteries and stone houses. It has been designated as a traditional village and its climate is considered to be excellent. It has a long tradition on wood crafting. The area produces the famous black marble of high quality.

In 1821, the village suffered from Ibrahim’s forces due to its strategic location, its contribution to the Revolution and its wealth thanks to its commercial growth. Vytina produces a large number of local products, mainly honey.

Every year Vytina organizes the Honey Festival with exhibitions of agricultural products and sweets, as well as musical performances. The village is very tourist-friendly, featuring a folklore museum, places to stay of various categories such as hotels, villas, guesthouses and rooms to let, sites of extreme sports and venues such as taverns and cafeterias that allow for the enjoyment of the local culture.

On February 1st, the village organizes the festival of Agios Tryfonas (St. Tryfonas), while during the first fifteen days of August the Feast of the Forest is celebrated. 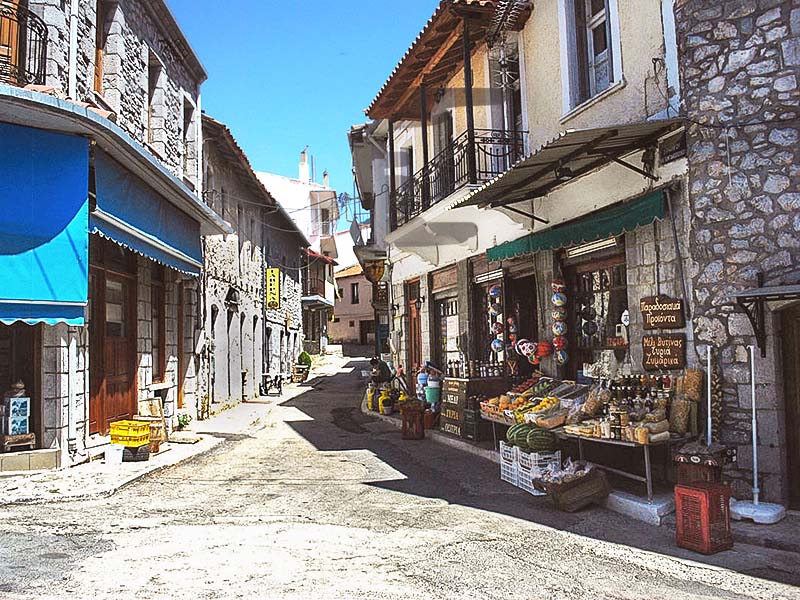